This extended expedition during the height of the Antarctic summer explores the paradise of South Georgia, the remote Falkland Islands as well as the spectacular beauty of the Antarctic Peninsula. You’ll experience a great diversity of environments and landscapes, which will provide unprecedented wildlife viewing opportunities. Join the expert lecturers on board the Hebridean Sky for this classic and comprehensive Antarctic experience for polar travellers!

Immerse Yourself In One of History's Greatest Rescues! 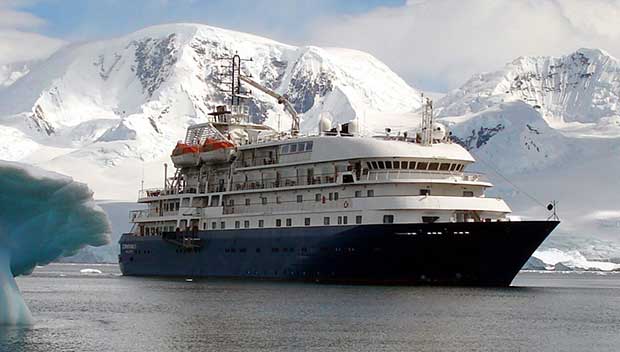 Hebridean Sky was built in 1991 in Italy and underwent extensive refitting and modernization in 2005 and again in 2016. In all ways she is an excellent expedition ship—equipped like a classic luxury yacht with attractive, spacious cabins and stylish common areas, all outfitted with an eye for details. In all, there are 57 cabins, of which 12 are suites with their own balconies, on the ship. With a crew of 70 persons the service on board is unsurpassed, and as icing on the cake the ship's cooks provide for exquisite culinary indulgence in the ship's restaurant. The ship has a large lounge, in which the trip organizers hold informational meetings and lectures, and a great deal of outdoor deck space from which we can enjoy both whales and unique nature between landfalls. On the ship there are a number of Zodiac rubber boats, which are used for most landings, as it only possible to dock a few places.

Included
Excluded
Deposits - Reservations require a deposit of $1500 per person at the time you receive a booking confirmation from Expeditions Online. A payment link will be sent to you and this may be paid by major credit card. Bookings within 120 days of departure require full payment. Final Payments - Balances are due 90 days prior to departure. Final payment can be made by calling us (final payment cannot be made online) and may be paid by major credit card, bank transfer or check. Cancellations - All requests for cancellation must be received in writing to Expeditions Online. Cancellations received 90 days or more prior to departure, are refunded less a fee of $750 per person. If cancellation occurs less than 90 days prior to departure, all payments are forfeited. If full payment has not yet been received, the full penalty will still apply and any unpaid balance is due immediately. We strongly recommend that you obtain adequate trip cancellation insurance. Booking Terms - Please read carefully the General Booking Conditions for Expeditions Online. This voyage is operated by Polar Latitudes and you additionally travel under their terms and conditions as the operator as well as of the Shipping Company/transport carrier. Details will be forwarded to you at the time of booking.